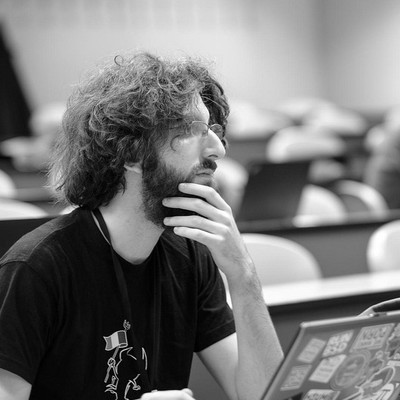 #Puppet for #Android anyone?

I expected to find a lot of "mobile phone feet management systems", but it looks like people only want to spy on employees, not empower them with managing the boring stuff…

Current status: updating #Puppet to the latest release on #FreeBSD.

It's usually piece of cake, but today it turns out to be trickier than usual…

I guess most issues have been identified and worked around, but I still need to figure-out how to handle some of them in a not-too-ugly way.

https://github.com/opus-codium/puppet-commission (check the Roadmap in the Projects tab)

The idea is to ease-up adding and removing nodes from our #Puppet infrastructure.

If this seems to fill a gap for you, maybe you will have good ideas to share with us 😉 I am waiting for your feedback! Thanks!

After serving stale information for more than a week #Portscout https://portscout.freebsd.org is live again! 👍

This website is incredibly helpful for #FreeBSD ports maintainers. Without it is a pain to check which ports have updates and which ports do not have updates. As an example, I missed about ¼ of the #Puppet infrastructure updates during service disruption.

I think we need some kind of USES=puppet to register dependency on sysutils/puppetX; depending on DEFAULT_VERSIONS=puppet=X… where X=5 or 6.

For now, databases/puppetdb-terminus[56] would benefit from this (yeah, the ports won't allow you to do that now, but it's supposed to be possible), and that would allow me to commit textproc/rubygem-puppet-strings which works with both versions.

Does it makes sense?

So, when I tried #puppet #bolt a few months ago to evaluate it is, it was completely broken 💔 .

Today, I had a chat with people at puppetlabs who helped pin the root of the problem.

A PR in the net-ssh ruby gem is on it's way to fix the base issue, fix another issue found while testing the changes, and spot two more problems in this gem 😨.

Using #Puppet and #Apache? Want to use HTTP/2?

You may have noticed that Puppetlab's module does not have support for mod_http2.

I started working on it:
https://github.com/puppetlabs/puppetlabs-apache/pull/1867

Your feedback is appreciated 😉

The 5 to 6 upgrade was the smoothest I experienced when changing major version of Puppet. You will probably have to add a few modules in your control-repo Puppetfile (for core types that where moved outside of Puppet), and either adjust the configuration or your master certificate for the `puppetserver ca` command to operate successfully (see https://github.com/smortex/puppet-add-cli-auth-to-certificate for details)

#puppet 6.0.0 running smoothly at home. A few more areas to cleanup, and it should ship in the #freebsd ports 😋

Most issues "done" in Jira releases tab; New versions being tagged on GitHub; …

The WIP #choria broker (which replaces ActiveMQ in your "typical" MCollective setup) is available in puppet@'s repository:

Pro tips: if you have an entry "try-out mcollective" on your todo-list, replace it by "try-out choria", and save a week of work… Really!

This is a Call For Testers: I have been working on a few ports to bring Puppet 5 on FreeBSD. If you use Puppet, you might want to give it a try and report feedback: