Facebook is a rotten company, rotten from the top down, its founder, board and execs are sociopaths and monsters, committers of non-hyperbolic crimes against humanity. They lie, they cheat, they steal. They are some of history's greatest villains.

Because Facebook is a terrible company run by terrible people, it periodically erupts in ghastly scandal. Sometimes whistleblowers or reporters reveal historic crimes, including (but not limited to) deliberately helping to foment genocide.

Sometimes, the scandals are contemporary: either Facebook blithely announces it's going to do something terrible, or we learn of some terrible thing underway from leaks or investigations.

Thanks to a history of anticompetitive mergers - Whatsapp, Instagram, Onavo and more - based on fraudulent promises to antitrust regulators, Facebook has grown to nearly three billion users - except FB doesn't have users, really - it has hostages.

As Facebook's own internal memos show, the company doesn't just buy up competitors so users have nowhere to flee to, it also engineers in high switching costs to make it more painful to leave the system.

For example, Facebook's internal memos show that the manager for its photo products set out to seduce users into entrusting FB with their family photos, because that way quitting Facebook would mean abandoning your memories of your kids, departed grandparents, etc.

Everybody hates FB, especially FB users. The point of high switching costs, after all, is to increase the pain of leaving so FB can dole out more abuse to its users without fearing that they'll quit the whole enterprise.

FB's mission is to increase the size of the shit-sandwich they can force you to eat before you walk away. But they're not mere sadists: shit-sandwiches have a business model: the more hostages they take, the more they can extract from advertisers - their true customers.

The polite term for what FB has is a "two-sided market" (selling ads to users and users to advertisers). The technical term is "a monopoly and monoposony" (a monopsony is a market with a single buyer).

A scam. A bezzle. A blight.

Facebook gouges advertisers on rate cards, then lies about the reach of its ads (like when it lied about the popularity of video, evincing a media-wide "pivot to video" that bankrupted dozens of news- and entertainment-sites).

Facebook didn't set out to destroy journalism by price-fixing ads, lying to advertisers and media outlets.

FB set out to acquire a monopoly and extract monopoly rents from advertisers and publishers, with a pathological indifference to how these frauds would harm others.

Having shown a willingness to destroy journalists and media outlets to extract a few more billions for its shareholders, Facebook has attracted a lot of enemies in the media.

If you're a whistleblower with a story to tell, there's a journalist whose editor will allocate the resources to report your story out in depth. The combination of a rotten company and a lot of pissed off journalists produces a lot of bad ink for the company.

But the fact remains that FB has a vast pool of hostages, billions of them, and it gets to decide what they see, when and how.

I used to joke with my human rights activist friends that the best use for Facebook was showing people why and how to leave Facebook.

FB's response was predictable. As Ryan Mac and Sheera Frenkel write in the New York Times, FB's Project Amplify is a Zuckerberg-led initiative to systematically promote positive coverage of FB and its founder - including articles that originate with FB itself.

That is, FB staffers are charged with writing puff pieces about how great the company is, and FB's algorithm will push these ahead of reporting by actual journalists who present detailed, factual, multi-sourced accounts of the company's fraudulent and depraved conduct.

Project Amplify marks a pivot from FB's longstanding policy of issuing insincere apologies for its scandals.

Company sources told the reporters that everyone figured out these don't convince anyone, so the company turned to pushing happy-talk quackspeak instead.

One of the leaders of this project is Alex Schultz, "a 14-year company veteran who was named chief marketing officer last year," but the major impetus comes from Zuck himself, one of the most hated men on the planet.

Amplify is just one of FB's strategies for distorting the discourse about itself.

In July, it neutered Crowdtangle, an widely used analytics tool that showed that FB's top posts were unhinged far-right disinformation and conspiracies.

And Facebook has declared all-out legal warfare (accompanied by a disinformation campaign) to kill Adobserver, an NYU project that tracks paid political disinformation on the platform.

By shutting down Crowdtangle and Adobserver, FB hopes to control the academic findings about the company's role in disinformation, hate, and harassment. The company runs its own research portal where academics are expected to access data about the platform.

But as with the journalists who report on it, FB has heaped abuse on the academics who research it.

Its portal data was bad, leaving PhD and masters' theses are at risk of retraction. Mid-dissertation researchers have been set back to square one.

In retrospect, Facebook's decision to game its own algorithm to push pro-company quackspeak seems inevitable. It's not just that no one believes the company's apologies anymore (if they ever did) - it's that the company seems incapable of hiring competent spin doctors.

It's the kind of ham-fisted policy advocacy that Facebook is (in)famous for. Who can forget the absolute shitshow in India over its Internet Basics program, when it bribed telcos to exempt FB and the services it hand-picked from their data-caps?

This Net-Neutracidal maneuver, falsely billed as a way to bring the internet to poor people (something is absolutely does not do), was the subject of a consultation by India's telco regulators.

FB pushed deceptive alerts to millions of its Indian users, tricking them into sending a flood of form-letters to the regulator urging it to leave Internet Basics intact.

But whoever drafted the form letter didn't bother to check whether it addressed any of the questions the regulator was consulting on. That made these millions of letters non-responsive to the consultation, so the regulator ignored them.

FB lost! It's almost as though people who are good at fighting policy battles don't want to work for Facebook, and the only talent they can attract are the kinds of opportunistic blunderers that no one takes seriously and everyone hates.

@pluralistic no surprise there 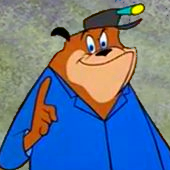 What interesting is you didn't really delve far into Facebook and Zuckerboi's recently election meddling schemes..

What's absolutely scary is the amount of real and shadow $$$ company like FB are pouring into elections and candidates.. 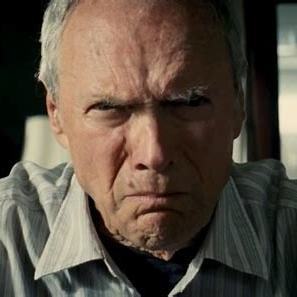 I had an FB account and I only used FB to play their poker game and I accumulated 18 millions fake dollars.. I know how to play poker

and FB kept asking me if I wanted to spend some of my real money to buy some of their fake poker chips?
and obviously I declined.. then one day I could not access my account because FB aka (FUCKING BASTARDS)
refused to recognise my password.. What scumbags

and then it happened again FB refused to recognize my password and I could not access my account and goodbye to all those fake chips..Oh dear!!

and so i went on there and opened yet another account and just after I accumulated 34 million fake chips
exactly the same thing happened again.. SO FUCK THEM

I think it is an American thing to drag the whole world down to their own sewer level of thinking..
FB, and the majority of American corporates are absolutely disgusting and corrupt

A woefully incomplete chronology of #Facebook scandals:
https://dayssincelastfacebookscandal.com/
(But you can submit pull requests.)