This past weekend in the Financial Times, Kim Stanley Robinson ponders the nature of the current climate emergency, trying to capture the "structure of the feeling" of our current moment.

In 2020, Robinson published an astonishingly good, optimistic and furious novel about the climate emergency, "The Ministry For the Future," whose goal was imagining what that "structure" feel like if we actually averted the end of civilization.

Robinson's MINISTRY is conflicted on this score. On the one hand, he describes spectacular acts of violence - say, terrorists knocking every private jet out of the sky - but never shows us what it's like to be in one of those jets, or what it's like to pull the trigger.

Robinson makes a virtue of this sense of impending crisis. WWI, he says, sandbagged the world - the seemingly stable world order shattered in a matter of moments. As bad as it was, it was worse for being a surprise, for catching us all flatfooted.

By contrast, WWII was visible on the horizon for years, this impending doom that everyone saw coming - that people might have done something about. They tried - the League of Nations - but in the end, the crisis couldn't be averted.

For Robinson, the climate emergency is a WWII kind of emergency, and the Paris Accord is our League of Nations - thought whether it will enough to blunt the emergency is a great unknown.

Robinson lays out the problem. The world's petrostates - America, Canada, Russia, Australia, Saudi, Norway, etc - need to be bribed or coerced or shamed or convinced not to murder us all in order to make a couple trillion before the music stops.

It's a wicked problem, and in a fundamental sense, it's a monetary problem. A market system can't solve this. Re-engineering the world's infrastructure to decarbonize it is all costs, no profit. Stranding fossil fuel assets is market poison.

The market inescapably misprices existential risk: "The market systemically misprices things by way of improper discounting of the future, false externalities and many other predatory miscalculations, which have led to gross inequality and biosphere destruction."

Saving the planet is not high-yield. Building a "planetary sewage system" to "retrieve and disposing of the waste we’ve been dumping into the atmosphere" is a loser: "no one actually wants thousands of billions of tons of dry ice."

Despite the looming disaster, Robinson is bullish on the 89 large central banks' Network for Greening the Financial System and its "climate scenarios," which seriously contemplates reorienting the planet's productive capacity to climate mitigation.

He says that the pandemic taught us that, despite national borders, we're a single species on a single planet with a single, shared destiny. And he says that the vaccines showed that "science is powerful."

Given the power of science and the possibility of "carbon quantitative easing" (a possibility that owes itself to the collapse of deficit hawkism after the 2008 and 2020 stimuluses, which had many defects, but didn't trigger runaway inflation), Robinson sees cause for hope.

"The time has come to admit we control our economy for the common good. Crucial at all times, this realisation is especially important in our current need to dodge a mass-extinction event. The invisible hand never picks up the cheque; therefore we must govern ourselves."

@pluralistic Someone's been reading my mail.

(And I very badly need to read KSR's books.)

The realisation that market-capitalism fundamentally externalises risks and undervalues the future (for both risk and benefit) has been growing on me, as well as the fact that it systematically prefers simplicity and the easily-communicated over the complex and hard-to-express.

Which is a key reason why the "marketplace of ideas" metaphor (which I'm 99.99967% certain was created as a propaganda slogan for free market economics in the first place by an early Economist editor) proves so inappropriate to informational transactions.

But it's not just that markets are bad for information, they're bad for any complex interaction (product, good, service, institution, ...)

I'm also increasingly thinking that market economics may be a growth-phase economic model, but not suited to either stasis or degrowth.

That's not fleshed out yet, but I'm working on it.

@pluralistic On the "markets can't solve this" aspect ... there's one possible angle in which they might help.

Business function as accounting engines. They don't create wealth, they create accounting profits. (Interesting backstory, look up Alexander Hamilton Church on the origins of Cost Accounting, and yes, he's related to that A. Hamilton.)

Because Reasons, accounting considers some costs and not others. Natural resource accounting, and economics, its own special class of utterly fucked up, and that's also an interesting little tale of utter fuckwitted thinking. See Hotelling's Rule & earlier L.C. Gray (neither of whom cite any geology), and back to David Ricardo for what theory exists. It utterly fails to match actual pricing history (see BP's annual statistical rule, petroleum's got excellent data to 1860).

Leo Tolstoy has an interesting alternative accounting, IIRC in "What Then Shall We Do" which includes sunshine and land and other factors excluded from traditional cost accounting.

The Rule of Capture (via an utterly fucked-up 1904 Texas Supreme Court ruling) creates a legal basis that again utterly ignores geological science. The principle is less used, but the legal precedent stands.

If it were, depletion allowances for extraction would increase the cost of fossil fuels by a factor of millions. Simply by an accounting change, the resources would be effectively pinned to the ground by a force stronger than gravity: it would be a complete economic loss.

(Odds of this happening? Uncertain. Worth a shot? Um, hell yeah!)

Keep in mind that this is independent and in addition to accounting for sink costs, which is what a carbon or other pollution cost would be. Proposed carbon taxes are a very small fraction of what a full, geologically cognizant cost-accounting depletion allowance would be.

@pluralistic Alexander Hamilton Church's Wikipedia page gives a basic overview. His books themselves are at the Internet Archive.

I'm pretty sure that the economic theory of production (Cobb-Douglas Production Function) is based on Church's work.

Church was only concerned with financial costs, and economic theory inhereited this bias. Note that the "Douglas" of Cobb-Douglas was also at University of Chicago.

Steve Keen has been proposing an alternative which at least considers energy as an input, along with R.U. Ayres (who's done much prior work in the area):
https://www.sciencedirect.com/science/article/abs/pii/S0921800917311746

That's still not a full geological accounting, but it's better than what we've got.

@pluralistic For Hotelling's Rule, I find the list of footnotes and references on his original paper fascinating.

He cites Grey and IIRC Ricardo, as well as himself several times. But not a single source on geology or natural resource prevalence.

As what is still frequently touted as the foundation of current natural resource accounting, it's ... an exceedingly peculiar omission.

The fact that the theory utterly fails to describe actual pricing hsitory is of course gravy.

@pluralistic Tolstoy's questioning of economic accounting is in What Then Shall We Do, chapter XVII:

Around me while I write this, hay is being produced. Of what is this production made up? I am told: of the land on which the grass has grown; of capital --- the scythes, rakes, pitchforks, and carts necessary for gatehring the hay; and of labour. But I see that this is not true. Beside the land, the sun, water, and the social organization (which preserves these fields from tresspass), the workers' knowledge, and their ability to speak and to understand words, and many other factors which for some reason political eocnomy does not take into account --- all take part in the production of this hay. ...

@pluralistic Rule of Capture is pretty obscure to most people. Terence Daintith's book seems to be the most complete. You'll find a few articles and other references. The 1904 Texas Supeme Court decision is not openly available online that I've found.

There's a very good chapter discussing its relationship to the oil industry, "unitzed production", the Texas Railroad Commission, the US Dept. of Interior, and "certificates of clearance" in Daniel Yergin's The Prize (Chapter 13)
https://www.worldcat.org/title/prize-the-epic-quest-for-oil-money-power/oclc/893110574

This gets into the details of how coal, oil, and gas are formed, the ancient feedstock, the conversion and preservation efficiencies, and how much ancient biomass, accumulated over what time period, is represented in present consumption. My reading of it is that a full-cost accounting of petroleum should raise prices (or accounting depreciation) by roughly a factor of about 5 million, representing the time-to-produce vs. time-to-consume ratio.

I'd run across this myself first. It's turned up as a reference in numerous books on energy and resources, notably Vaclav Smil's 2018 Energy and Civlization. Citations of it are a bit like a familiar friend.

Reading endnotes for fun and profit....

@pluralistic The overall point here is that present accounting standards are themselves a historical accident, a human artefact, a monument to past misunderstanding, ignorance, convenience, greed, availability heuristics, and a century or more's excceedingly highly motivated ignorance of the actual underlying ground truth.

The role in resource extraction, oil, and energy, the heart of economic production (a fact itself which modern economic orthodoxy still studiously ignores and denies) makes this all the more critical. It's a tremendous lie at the core of all economic theory and poicy.

(It's a lie that's also studiously ignored by virtually all critics of contemporary economic theory and policy, which is its own interesting observation.)

Whether and how full natural resource costs should be accounted is unclear, but current practice ain't cuttin' it. 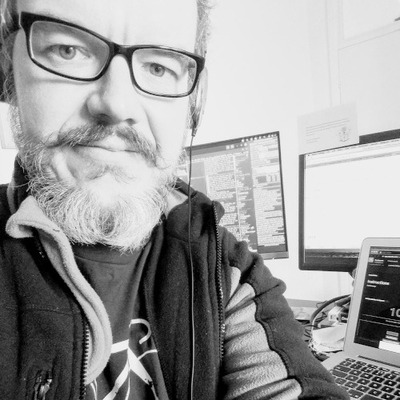 jlj @jlj@pleroma.nfld.uk
@pluralistic Thanks for the recommendation: just ordered a copy of The Ministry For The Future!
0
Sep 19, 2021, 08:23 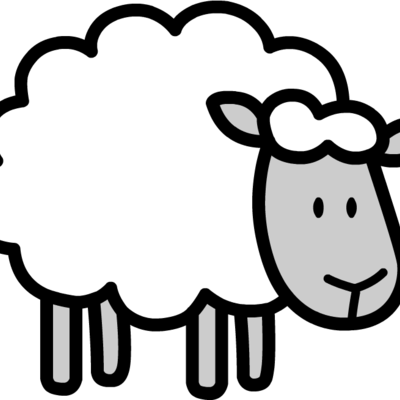 @pluralistic Just finished re-reading Robinson's The Year's of Rice & Salt as well as his Science in the Capital Trilogy. Like Atwood he's really prescient.