It's not that poor countries can't make their own vaccines. The Global South has a *lot* of vaccine production capacity. The problem is Big Pharma, which refuses to transfer the patents and know-how to repurpose those facilities for mRNA production.

South Africa and India have petitioned the WTO for a vaccine waiver. We should all want this: first, because it is monstrous to doom millions to die in order to preserve the regulatory privileges of a handful of hugely profitable, heavily subsidized pharma companies.

But second, even if you don't care about being monstrous, a waiver is needed to ensure *all* our survival: the longer and wider the virus circulates, the more mutations we'll get, with the mounting risk of a more virulent, more lethal, more vaccine-resistant strain.

The pharma industry has an army of high-paid lobbyists (like Howard Dean), and volunteer simps (like Bill Gates) who are pushing the story that a waiver is unfair and counterproductive, a betrayal of the fundamental patent bargain.

They say the pharma companies committed their capital to vaccine research because we, the people of the world, promised them exclusive rights to those discoveries (notwithstanding that we also paid for the vast majority of that R&D).

If we alter the deal now, how can pharma trust us next time?

Of all the lies told by the pharma industry about the pandemic, this is the most insidious. Because that's not how the global patent system works AT ALL.

Gen Xers and their elders will remember the summer of 1999 and the Battle of Seattle, where anti-globalization activists fought for weeks to block the signing of the WTO agreement and its chapter on IP, the TRIPS agreement.

Prior to the WTO, it was common for poor countries to completely *ignore* patents issued by rich countries (unless the World Bank or former colonial powers coerced them into recognizing the claims).

That's because countries that are net importers of finished goods have no reason to honor their suppliers' claims - doing so merely burdens their own struggling manufacturers by forcing them to pay rent to rich foreigners.

That's why the Framers of the US Constitution decided that America would ignore foreign patents and copyrights, a policy that persisted for over a century, only ending once the US became a net *exporter* of ideas and inventions, and thus stood to gain more than it lost.

Not just the US, of course. Many European nations spent a century or two a-pirating while their developed their capacity. The Dutch, for example, abolished patents during much of the 19th and 20th centuries.

It's easy to see what rich countries get out of the deal.

That's where the WTO (and specifically TRIPS) came in.

TRIPS proposed a bargain to poor countries: if you pay rent on rich countries' ideas (by recognizing their patents, trademarks and copyrights), we'll engineer the system so that you become the favored manufacturing contractors for rich countries.

This creates jobs in the short term, and, long term, it builds capacity, by teaching people how to build and operate complex systems.

It's a form of "technology transfer" that replaces the old adversarial system of rent-collectors and tenant states with global cooperation.

This was a dubious proposition, but the WTO threw in a sweetener: a provision for emergengy waivers. These meant that if there was ever a situation where honoring foreign patents would result in domestic mass-death, those offshore obligations would be immediately suspended.

Think about that for a second. The pharma industry wants you to think that a vaccine waiver reneges on the bargain the world made with it.

But that was *never* the bargain.

The bargain the Global South struck was, "We will pay rent on rich countries' ideas. In exchange, we'll get capacity-building help. In case of emergency, all bets are off: not only will we get access to ideas for free, the WTO will use its might to force tech transfer."

*That's* the bargain pharma signed up for. The claim that a waiver reneges on the deal is truly Orwellian, a heads-I-win-tails-you-lose proposition where poor countries pay rent on ideas and get NOTHING in return - save death and the option to pay yet more rent.

"The TRIPS Intellectual Property Waiver Proposal: Creating the Right Incentives in Patent Law and Politics to end the COVID-19 Pandemic" is a preprint of an LSE Legal Studies Working Paper by a group of Anglo-Irish legal and poli sci scholars.

First published yesterday, it delves into a detailed account of this dynamic, and opens with a devastating argument:

If the pharma companies are right and poor countries truly *don't* have the capacity to build vaccine factories, then the WTO is a failure.

The whole point was to build capacity.

If it's not there, then all the rents the poor world paid all century were a lethally squandered opportunity - they should have followed in the footsteps of America and the Netherlands and ignored the rent demanded by wealthy lands.

The authors describe how pharma gamed the system in the WTO decades. For example, companies devote enormous energy to patenting small variations on their processes and products, allowing them to extend the life of their patents long beyond the 20 years they're promised.

This produces some genuinely hideous outcomes. In Patrick Radden Keefe's EMPIRE OF PAIN, the author documents how the Sackler family contemplated seeking regulatory approval to prescribe Oxycontin to children in order to extend the life of their patents.

It's hard to imagine how we'll survive the pandemic crisis without a waiver.

COVAX, the "voluntary" system that lets billionaires, corporations and rich countries offer vaccine doses to poor countries as charity, is a total disaster.

COVAX has only raised pledges of 20% of the needed doses - and it isn't delivering on those pledges.

The system isn't just failing by accident - the pharma companies are actively sabotaging it.

C-TAP, the WTO's own scheme for pooling vaccine production know-how, has failed, largely because companies like Pfizer and Biontech have forced NDAs on their contractors that prevent them from participating in the program.

The pharma companies have refused to license for mRNA vaccines for production in both in the rich world (Canada, Israel and Denmark) and the poor world (Bangladesh).

The deals pharma struck with the global south don't just bump the world's poorest to the back of the line - they also charge the poorest people the highest prices for vaccines. Astrazeneca is charging South Africa twice the going rate in the EU.

This price-gouging is papered over with misleading claims of charity - for example, Moderna says it won't extract profit from Brazilians Fiocruz until the pandemic ends - but the agreement allows Moderna to declare the pandemic over in July.

Pharma's claims of acting in the public interest are pure fantasy.

The very idea of pharma patents is surprisingly new. France instituted pharma patents in 1960; Ireland, 1964; Germany, 1968; Japan, 1976. Pharma demanded these patents to produce the "incentive" to invest, but the bulk of basic pharma R&D is still publicly funded.

Take the Astrazeneca vaccine, developed at Oxford. Between 97.1 and 99% of the funding for that research came from public sources, not Astrazeneca's profits.

The WTO agreement promised the Global South that in a global pandemic, the same might that was used to coerce them into passing laws enforcing rich countries' patents would be brought to bear on rich countries to force them to help make medicine where it's needed.

The pharma shills who claim that waiving the patents on mRNA vaccines actually have a point: pharma companies have gamed the patent system so that much of the know-how is never disclosed in patent filings, and the filings themselves are sealed for 18 months.

In the face of this sabotage, the WTO could order rich member states to uphold their obligations by forcing their companies to transfer patents AND trade secrets to poor countries - just as the US forced pharma companies to pool their research on pennicillin during WWII.

The WTO claimed that poor countries that honored the TRIPS would become tech exporters, building their own domestic capacity. Twenty years later, they're still importers - and on track to stay that way forever (or until we're all killed by covid).

The US has no standing to complain about a TRIPS waver. A country that built its fortune and capacity by refusing to pay rent to rich nations for their ideas deserves the same treatment once it becomes rich itself. 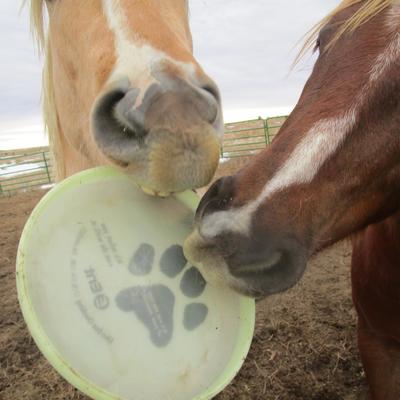 @pluralistic This is not treating others as they would like to be treated. Most kindergarteners have learned that "golden rule" but when money is the goal, the big people seem to think they can override that rule. Laws for thee, but not for me, appears to be their motto. They could be exposing a bad faith, (on their part), contract from the start, which nullifies the whole deal. What a great thread. Thank you for sharing this analysis.