In the aftermath of the Jan 6 Trumpist putsch at the Capitol, the world reeled - not just at the spectacle of the Capitol building overrun by deranged armed insurrectionists, but also at the manifest incompetence of the Capitol Police.

The Capitol Police command $460m/year, 10% of Congress's total budget. They had ample warning that murderous, anti-democratic revolutionaries were converging on the Capitol. They had a long track-record of over-responding to protests with overwhelming shows of force.

Given the track-record, the budget and the warnings, could we truly attribute the failure to contain the insurrectionists to incompetence? Did the shots of police officers taking selfies with members of a lynch mob mean that the force was complicit with the traitors?

Now, six officers have been suspended and 29 more are under investigation for collaborating with the rioters. They join the nationwide active-duty military and police officers who have faced consequences for their role in the mob violence.

Last week, Propublica published a chilling, brilliant investigation by Joaquin Sapien and Joshua Kaplan sourced from 19 current and former Capitol Police officers who are furious and bewildered at the failure of their command.

They describe scenes of absolute carnage and chaos, of rioters who were so aggressive and violent that officers suspected that they were high on meth, of protesters fumbling their own firearms and trying to grab pistols off officers' hips.

They describe leaders who were given actionable intelligence about the coup attempt, but directed their focus to paranoid fantasies about antifa counter-demonstrators, and who broke with the procedures used against BLM protests, standing down officers who could have helped.

They describe officers who were told to leave behind weapons and armor, who then feared for their lives as they were overrun, who were denied access to riot helmets and sustained serious head-injuries.

The anemic response by Capitol Police to surges and incursions almost didn't happen at all, it seems: officers who joined the lines and fought the rioters did so in defiance of their orders to sit pat - orders that were not rescinded because their commanders were MIA.

The officers' account reveals an organization always up for beating paralyzed wheelchair users seeking better health care, or to gas and brutalize Black Lives Matter protesters, but were unprepared (and whose leaders were unwilling) to respond to right-wing terror groups.

The last word in the Propublica report goes to officers who describe the collapse of their confidence in their leadership: "I don’t trust the people above me to make decisions to bring me home safe."

"Many are looking for new jobs." 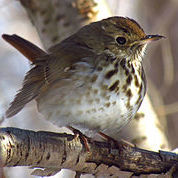